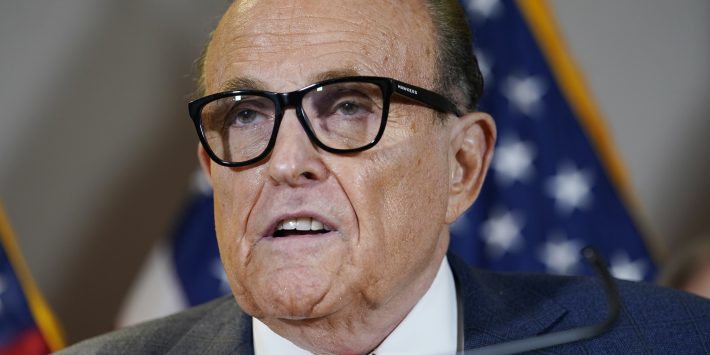 The defamation lawsuit, filed January 25, 2021, in Federal District Court in Washington, D.C., seeks more than $1.3 billion in damages. The suit is based on more than 50 statements Giuliani made on various platforms, including Twitter, accusing the voting machine manufacturer of flipping votes in favor of President Biden during the recent presidential election.  The lawsuit alleges that false claims about stolen votes “foreseeably went viral and deceived millions of people into believing that Dominion had stolen their votes and fixed the election.”

Defamation is a communication (written or oral) that damages the reputation, character, or good name of another.  Slander (spoken false statements) and libel (written false statements) are both forms of defamation.  While the Dominion case will be litigated in Washington, D.C., California state law governs defamation claims broughtin this state.  In California, defamation is “the intentional publication of a statement of fact which is false, unprivileged, and has a natural tendency to injure or which causes special damage.” Makaeff v. Trump Univ., LLC, 715 F.3d 254, 264 (9th Cir. 2013).  Where a false statement relates to a plaintiff’s business, trade, or profession, the law assumes the plaintiff has been harmed by the statement and does not require the plaintiff to prove actual damages.

Given its role in the highly controversial November 2020 election, Dominion is likely considered a “public figure” under defamation law.  In The New York Times Co. v. Sullivan, 376 U.S. 254 (1964), the Supreme Court held that where a plaintiff is a public figure, the plaintiff must also show that the defendant’s false statements were made with “actual malice.”  “Actual malice” means that the defendant made the defamatory statement “with knowledge that it was false or with reckless disregard of whether it was false or not.”  Thus, Dominion will likely need to prove not only that Giuliani uttered false statements about its business, but that he knew the statements were false or acted with reckless disregard for the truth or accuracy of those statements.

An additional hurdle Dominion may face is an anti-SLAPP motion.  “SLAPP” stands for “Strategic Lawsuit Against Public Participation,” and refers to lawsuits filed in retaliation for speaking out on a public issue or controversy.  The objective of such lawsuits is to silence, suppress, or intimidate through the threat of potentially expensive litigation.

To guard against the chilling effect of SLAPPs, California, along with twenty-eight other states, the District of Columbia, and Guam, have enacted “anti-SLAPP” statutes.  California’s anti-SLAPP statute was enacted in 1992 to “protect defendants from meritless lawsuits that might chill the exercise of their rights to speak and petition on matters of public concern.”  Wilson v. Cable News Network, Inc., 7 Cal. 5th 871 (2019).  The statue enables a defendant to test the sufficiency of a plaintiff’s case at the pleading stage, prior to discovery.  In an anti-SLAPP motion, the defendant must first show the plaintiff’s case arises from an act in furtherance of defendant’s right of petition or free speech.  Once the defendant makes this showing, the burden shifts to the plaintiff to show a “reasonable probability” of prevailing in the action.  If the plaintiff fails to meet that burden, the case will be dismissed, and the defendant will be entitled to attorney’s fees and costs associated with the motion.

Should Giuliani file a special motion to strike Dominion’s complaint pursuant an anti-SLAPP statute, it is unlikely the motion will be granted.  The 107-page complaint provides numerous examples of highly inflammatory and unsubstantiated statements made by Giuliana about the voting machine manufacturer’s election integrity and its role in allegedly rigging the November 2020 election, as well as the damaging effects those statements have had on Dominion’s business and the safety and welfare of Dominion’s employees and owners.  Dominion’s lawsuit would likely survive any such motion.

The attorneys of Mackaness & Ideta, LLP have extensive experience advising and helping individuals and companies who have been victims of defamation.

Please contact us today for a free, confidential consultation.